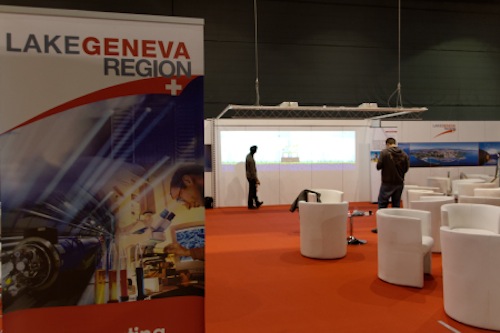 Thanks to OPI (Office de Promotion des Industries et des Technologies de Genève – Office for the promotion of industries and technologies in Geneva), we were able to display on the Lake Geneva Stand a tactile wall, 5 meters wide and 1,7 m high, entirely multi-touch with the software showtouch for presenting several videos of manufacturers and exhibitors present at the fair.

We encountered quite a success with the nciTouch software program which, for it’s first official launching, proved to be very adapted to this type of event and to the dimension of the surface.

The viewing of the famous game “Angry Birds” on the surface was also a great moment of relaxation and conviviality.

Our warm thanks to OPI, the Mathys company and hepia for having allowed us to participate in this event. 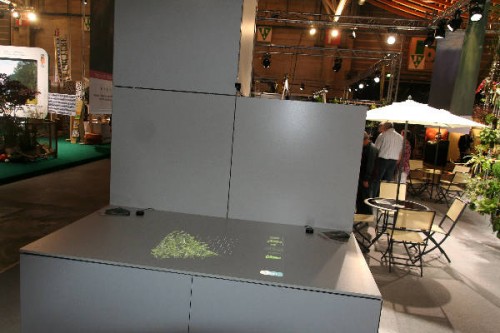 hepia was the guest of honour at the Fribourg fair in October 2010.

We displayed on the hepia stand a horizontal multi-touch tactile surface with 3 software game programs related to the green school branches.

Once again, the surface created a sensation. 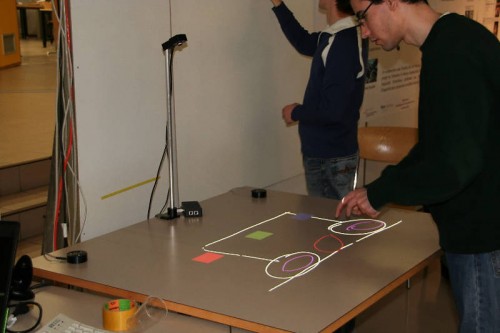 As of 3 years ago we have been displaying a tactile device at such open day event traditionally organized in November at the hepia.

First on a horizontal surface (table), then on a vertical surface (wall) or both. On every occasion, our stand encountered a great success.

We also participated at the Geneva book fair in May 2010 at a stand where we were able to exhibit all our software programs (particularly as far as games were concerned), on an ordinary table made to be multi-touch for the occasion. Once again, the public was attracted by the device and the applications offered. 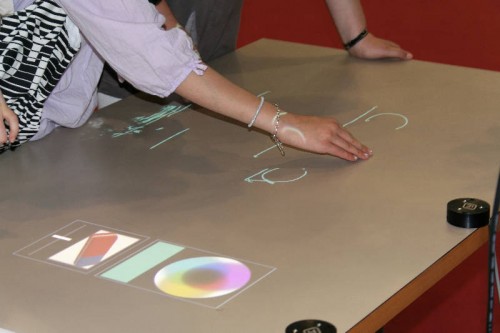 We took part in the Geneva International Inventions fair in April 2010. We transformed an ordinary table into a tactile surface, on which the public could draw. Through an iphone type menu, the visitors could choose a tactile application such as brick cracking, airhockey or a wave demo in an aquarium image.

The success was tremendous. We were granted the OPI price.

We were also able to test the software programs and material during the 10 days of the faire and thus gather precious information in order to improve the whole package. 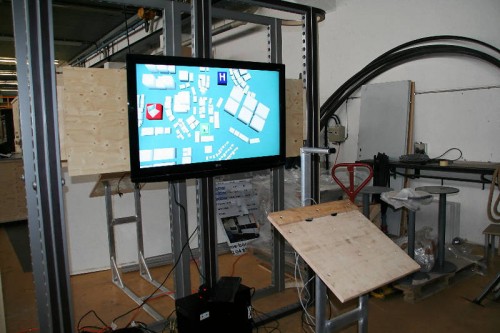 We carried out a mandate for the CERN travelling exhibition which travels in the different big European cities, creating the application intended to stand number 5. The theme of this stand is showing the links between daily life objects and technologies directly stemming from fundamental research in physics.

The stand consists of a LCD screen, showing a town on an isometric 3d surface, giving prominence to certain buildings such as a hospital, an electronics shop, a nuclear power station, etc. The user interactively explores this environment. He can select, navigate, zoom on the plan from a console with a multipoint tactile zone, thanks to the device.

By selecting one or another building he is proposed daily life objects (such as a DVD, a television set, a nuclear power station, a cell phone, a scanner in a hospital, etc). By selecting one of these objects, such as a microwave oven or a cell phone, a window opens to explain to him from which technology and from which fundamental research the piece of apparatus stems, how it was discovered, by whom, etc…

The exploration – or virtual visit – is achieved thanks to an entirely tactile interface.